In this instance, the notation of the eShop version is entirely intentional.

Space Invaders is one of the seminal video game series, virtually inventing the shooter concept when it was released in (and conquered) Japan in 1978. To put that in perspective, my parents were still in high school at the time. Taito released a collection of Space Invaders titles in Japan for the Switch in March of this year, and it finally crossed the Pacific digitally this week, but for whatever reason the digital version is missing most of what would be expected for the status of a definitive collection.

The package on the eShop contains a whole three games: for comparison, the physical edition (which is sold at one boutique physical game website exclusively) contains 11. eShoppers only get Space Invaders Extreme (you may be familiar with it from its 2008 DS release), Space Invaders Gigamax 4 SE (a four player version of the game created in 2018), and Arkanoid vs Space Invaders (the 2017 mobile release brought to consoles). The eShop does mention this, but it doesn’t mention that Arkanoid v Space Invaders comes with its own icon on the Switch and is only playable on the touchscreen. Indeed, I booted AvSI while the system was docked and was greeted with this: 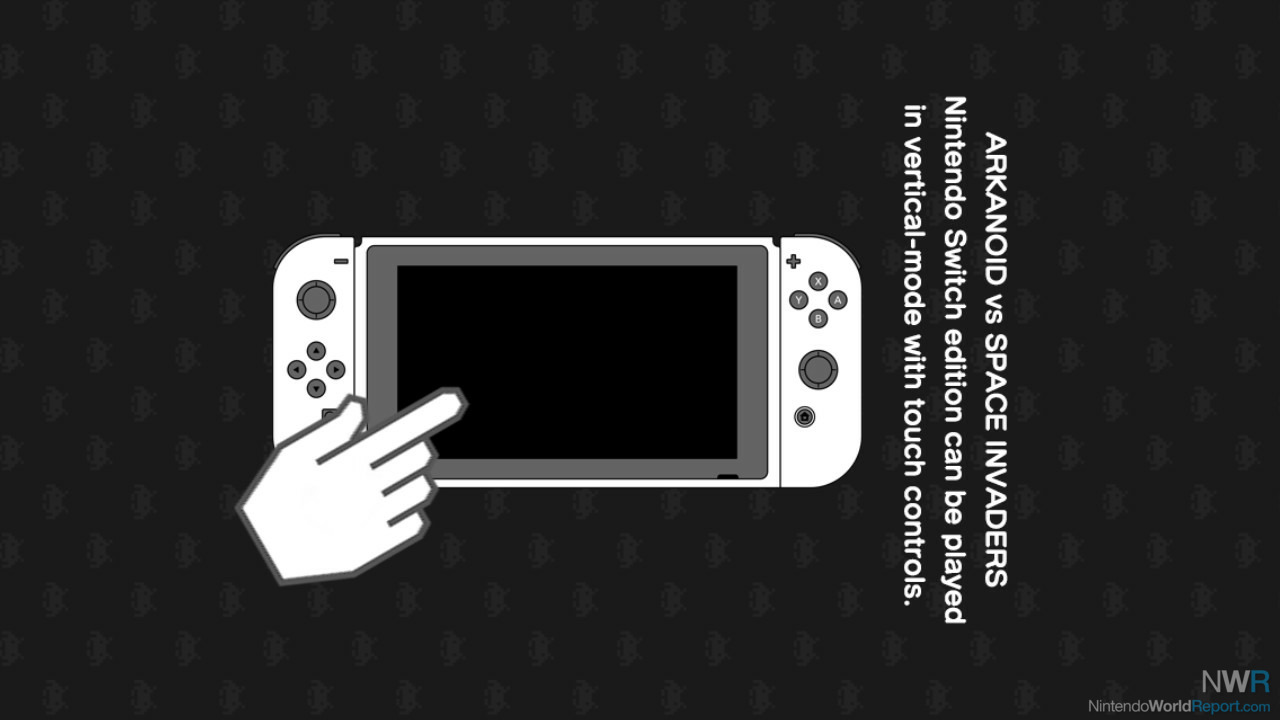 Actual screenshot captured on the Switch when booting one of the games.

You would think that it would display in portrait mode if the Switch is held that way, but nope, it’s a 90 degree turn to find out that you need to grab your Final Remix gear. It makes sense for a mobile port (the original game is a premium mobile title) but it definitely leaves a bad impression. The exclusion of eight games – including the original game – is also a decision that is puzzling at best and insulting at worst. Hopefully, these come down the road, even as DLC, but I’m not expecting them to come any time soon.

Setting aside what isn’t here, there are a couple of good experiences here. Space Invaders Extreme is still the same great game that I can never manage to beat on one credit. The music pops, and it’s at home both on the big screen and portably. The extra definition of the Switch screen makes it a far better experience for the portable player than the DS or even the PSP provided, and it’s nice to understand why the power-ups are ending instead of feeling like they’re disappearing at random. 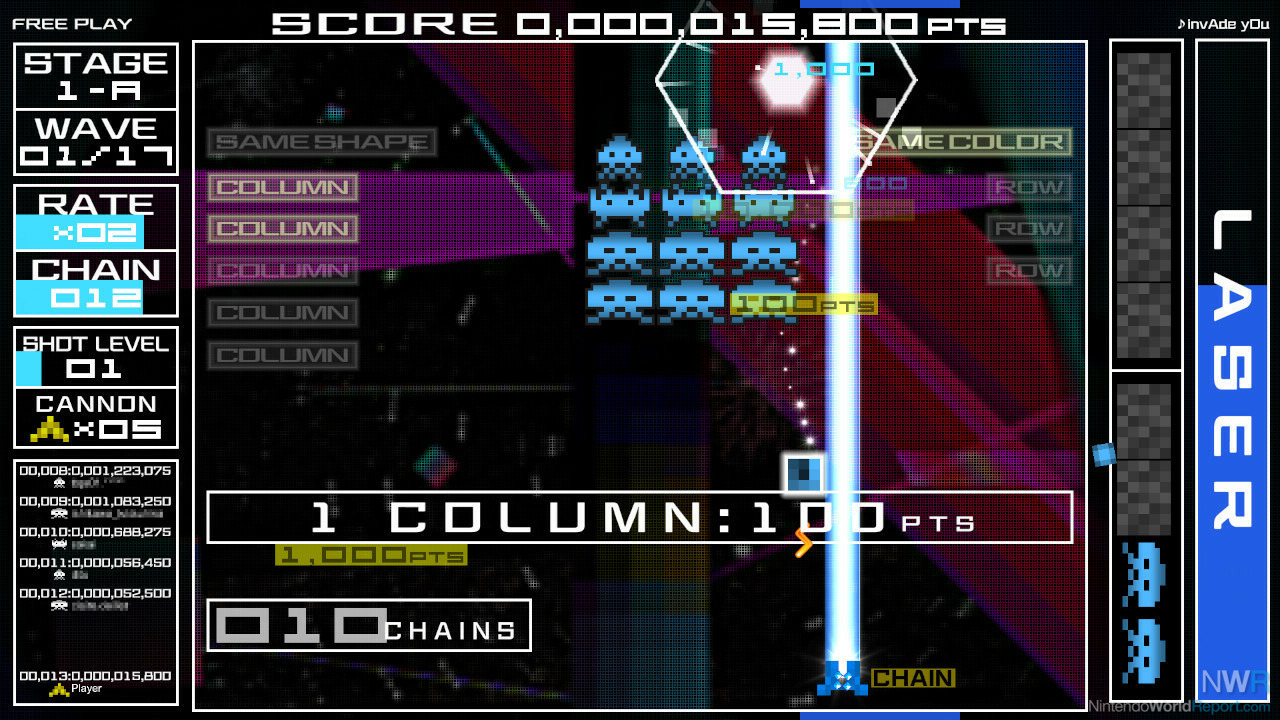 I won’t need the Shasta, but something stronger.

Arkanoid vs Space Invaders, control and launch quibbles aside, is a fun experience that I’m in danger of sinking more time into than would be healthy. The Vaus (paddle) is dragged around the bottom of the vertical screen, deflecting shots back up to take out the invaders on a strict time limit: deflecting enough shots gives you an Arkanoid-like ball that bounces for a few seconds and also stops the clock. As you play through, you can unlock pilots from Taito’s history; some of them you know (Bob from Bubble Bobble), but most of them are obscure characters from games that never came over here or only showed up in an Arcade Archives release. It takes a while to get enough coins to buy all the pilots, but the achievement and leaderboard functions will keep you playing even as you grind. There’s over 40 pilots in all, with three unlocking every 15 stages, so this can easily conquer your life.

Space Invaders Gigamax is undoubtedly the most disappointing of the trio of games, though it may be better off under different circumstances. The main problem is that it’s local only and the entire wide screen is filled with invaders who drop down way too quickly for comfort, meaning if you’re playing alone the deaths will be numerous. It’s the closest thing the eShop version has to a traditional Space Invaders experience, but when you lose the shields inside of a minute on the first stage it’s difficult to recommend unless you live with three other people who don’t mind shooting.

The Space Invaders Forever might keep me playing forever between grabbing everything in the Arkanoid game and trying to boost my scores in Extreme. But it’s impossible to ignore what’s been left out to try and get people to shell out for a physical game: you can’t really call it “Forever” when the oldest game of the bunch debuted after I graduated from university. Keep an eye out for updates, but as for what’s available in December 2020? Wait.