Rockstar Games started relishing its golden age in 2013 with the release of Their all-time blockbuster, Grand Theft Auto V. Which racked up a billion US Dollars in the first 24 hours of the game-breaking the shops plus six broken world records within the early days of its release.

Through 7 years of the game’s continuous success in Online Shark Card Sales, They shifted their focus recently from developing Single-player content for Grand Theft Auto V and Red Dead Redemption 2 to focusing on delivering Online Free-to-Play content but with strong microtransactions.

After The Cayo Perico Heist, which is the biggest Grand Theft Auto: Online Update ever, Fans started questioning whether Rockstar Games are interested in delivering more Single-Player Story content or not, and to be honest, from what we’ve heard from Rockstar’s latest statements, things don’t tend to be very bright for Grand Theft Auto 6, Although, It’s very doubtful that what we heard from Rockstar is even right or just to cut the unusual hype for the game.

In a recent interview via GQ Magazine, Director of Design at Rockstar Games Tarek Hamad clarified that “Rockstar will focus on producing more Single-player content for Grand Theft Auto.”. Despite their intense focus on online content, as mentioned above.

Even though Rockstar Games didn’t keep their promise of making a Story DLC to Grand Theft Auto V, it seems like Rockstar wants to reassure their fans that they are not abandoning Story Mode for their future Grand Theft Auto games. What do you think? let us know in our Forums. 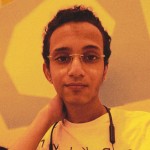 My Full name is Yousef Abdullah
Ahmed Zain Al-Abdeen, I’m 16 years old and I’ve been active in the
domain for 6 years.

Yes, I started writing at the age of 10.