Live in the now with a meditative game where you float through gardens.

A few years ago, I got really into practicing mindful awareness meditation. One of the core appeals of it to me was the idea of just being mentally aware of every moment and just opening your mind to be engaged with whatever was in front of you. For better or worse, I don’t deliberately practice mindful awareness anymore, but my time with PixelJunk Eden 2, the latest Switch game from Q-Games, helped me get back on the horse. The very design of this chill, tranquil experience seems to be a good way to sit back and relax, but the consistent array of small gameplay tweaks that pepper the overall game makes it so you have to be mentally aware of every moment and engaged with whatever is in front of you. Over the course of 10 hours or so, I found some repetition here, but it was more akin to repeating a guided meditation as opposed to repeating a level in a video game. 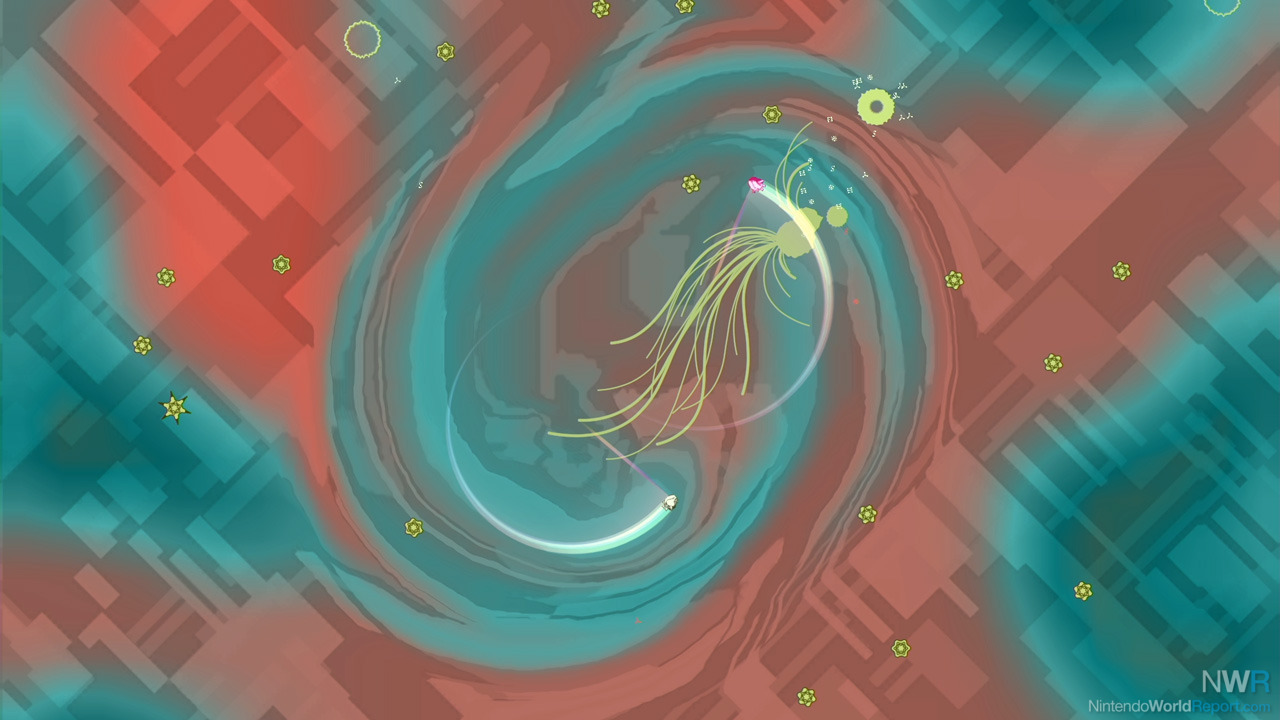 Eden 2, which is a follow-up to a 2008 PlayStation 3 game, is made up of various gardens where you control a little fella called a Grimp. Your control over this creature is a tiny bit odd, as you use the analog stick to guide them through the air, landing on stems and branches in the garden. When you land, you start to circle the area you’re attached to with a silk rope, until you’re ready to go elsewhere by flicking in a direction. You also have the ability to pause in the air and cue up a second jump. This is all a simple and peculiar way to go about your goal in each garden, which is to collect pollen that helps plant seeds that in turn sprout up to give you more landing spots to go as you scour the area for the end goal: a distinctly shaped Spectra. Collect the Spectra and the level ends. Sit back, rinse, repeat, and have a relaxing time – at least most of the time. The primary mode has a timer for levels, which is lenient, but still makes it so you have to be judicious in your exploration. The timer is actually a welcome sight in my eyes because it gives just enough tension to keep you focused when you could so easily just get lost in the visuals and music.

While those basics are extremely reminiscent of the original Eden, the sequel differentiates itself more in some of the rewards and challenges that attempt to keep this gameplay loop interesting. Every Grimp you control has a distinct gameplay tweak and a set of levels to complete. One might add unlimited jumps while another makes it easier to collect pollen. Some barely affect gameplay, while others turn it upside down. With 20+ Grimps in total, it’s a lot to get through. You can also customize your play with Spices, which are one-time-use abilities you accrue that give you bonuses in levels that range from extended timers or a wider silk rope circle radius. The Grimps and Spices offer a good deal of variety that becomes increasingly important as you start to repeat garden themes. 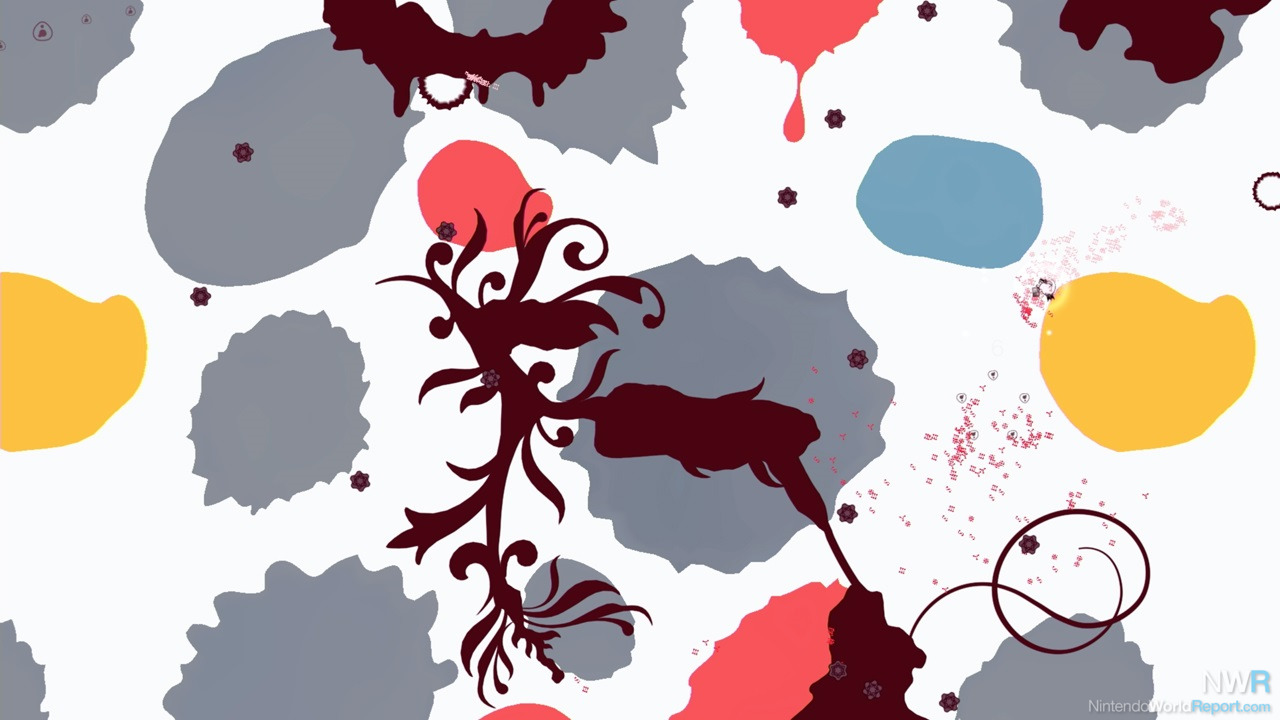 I’m not sure if the fact there are only 10 different garden themes is a huge disappointment because thanks to the Grimps and Spices as well as the multitudes of variants on the songs, nothing repeats identically. Still, my first few hours with Eden 2 were littered with more delight as I kept seeing new trippy visuals. Some of the sheen started to fade as I saw the same visuals and tunes come back frequently, though. I admire that Q-Games added a lot of longevity through the way gameplay and controls are tweaked as you progress, but at the end of the day, you’re reductively just going through a small set of areas over and over again.

What matters the most is what you’re coming to PixelJunk Eden 2 for. This is a game almost best treated as a visualizer you can interact with. It’s a unique way to experience enchanting rhythmic music and beats as you guide your little Grimp around the garden, collecting pollen, looking for the Spectra, and taking a load off. This is something that is at its strongest when you have someone to roll through the game in co-op with. The local-only co-op is easy to hop in and out of, and it’s likely the best way to play. Building up gardens with a pal is more rewarding than I expected it to be. 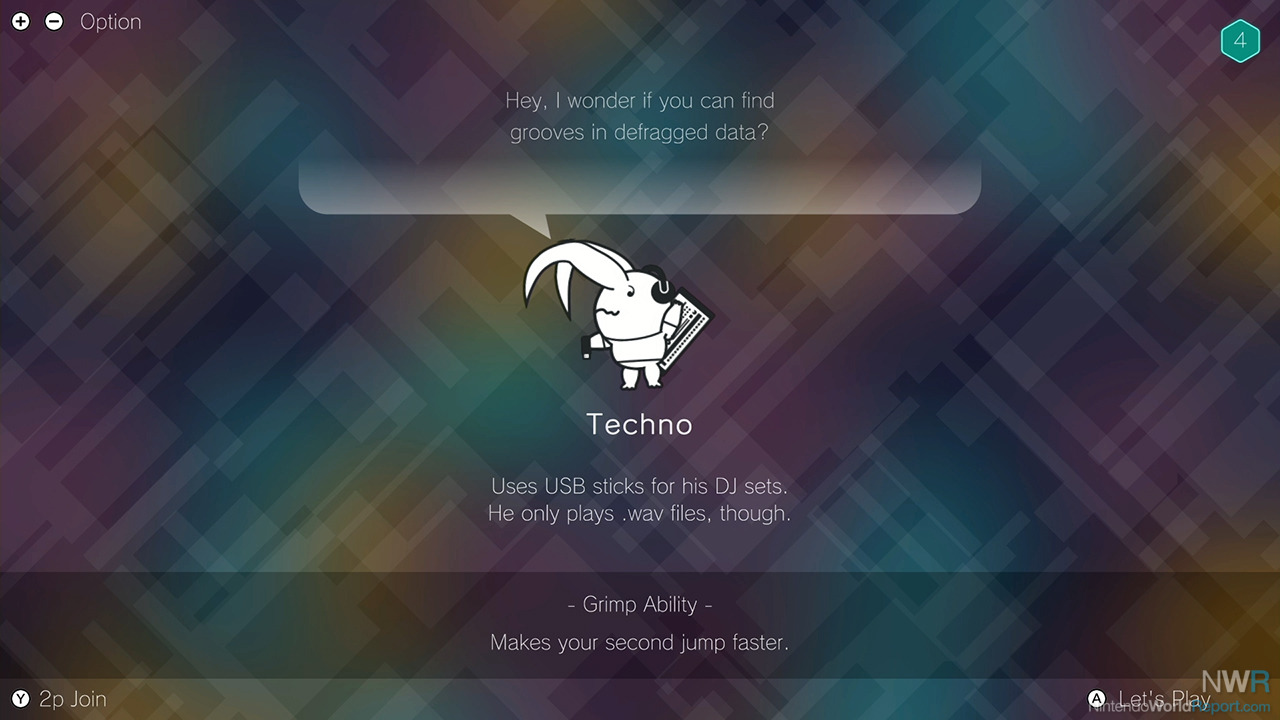 Even in spite of some bouts of repetition, PixelJunk Eden 2 is a wonderful experience. It’s serene just exploring and engaging with the visually intriguing gardens while backed by a killer soundtrack. The various gameplay mods that come out of the different Grimps and Spices are clever in how they usually alter the play style just enough to make you approach each level in a different way. This is one of the most mindfully aware games I’ve ever played. It’s well worth sitting down with if you just want to be in the moment and clear your mind.