Fallout 76’s third season, The Scribe of Avalon, is now live, while the latest community calendar shows the quality-of-life updates and S.C.O.R.E and double XP events we can expect over the next few months. 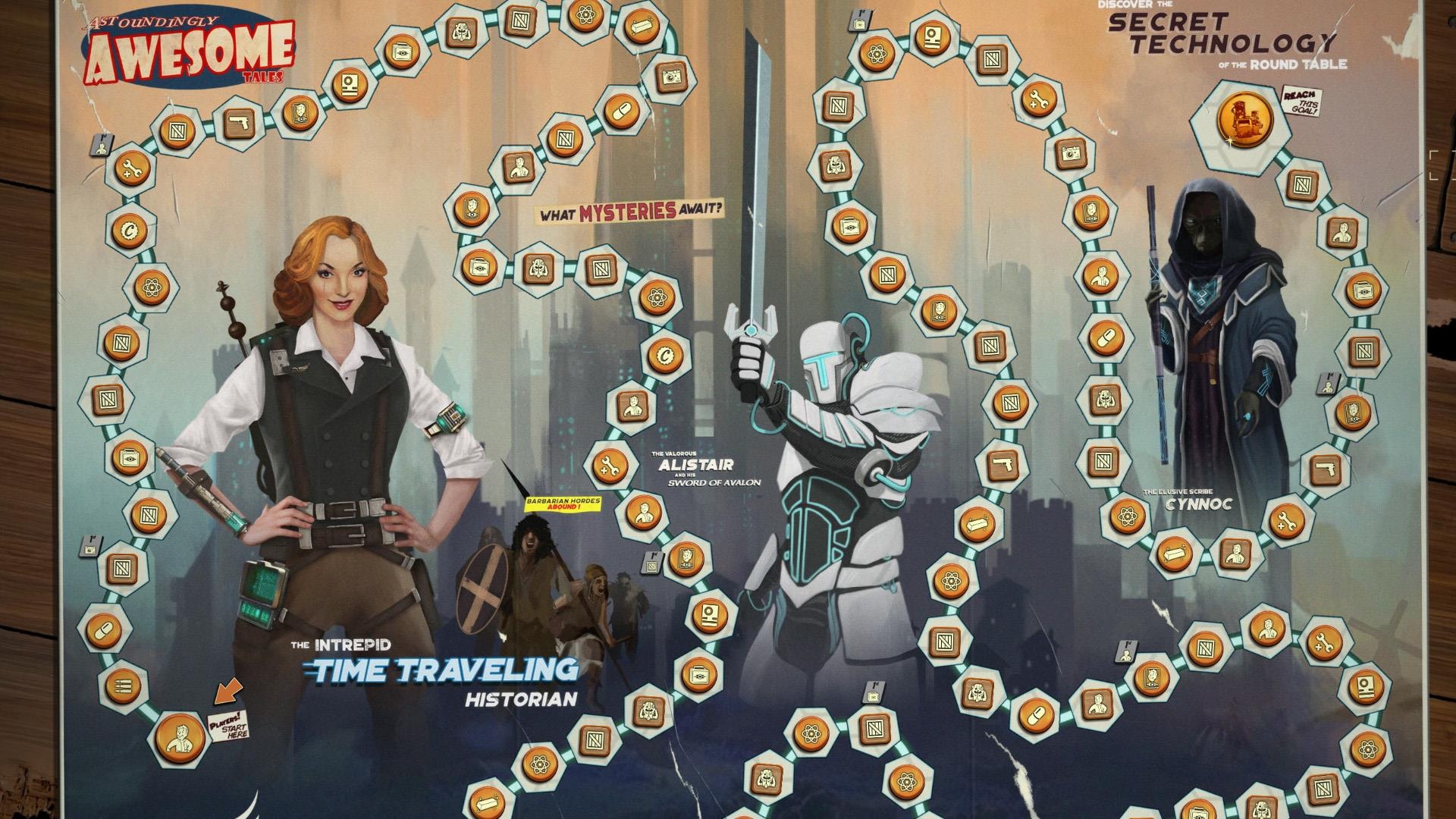 Season 3 is live now. It takes you “into the world of Astoundingly Awesome Tales to aid the intrepid time-traveling historian, K.D. Inkwell, as she investigates the mysteries behind an explosion of technologic advancements in the medieval civilization of Avalon.” There are the usual rewards of cosmetics and consumables for advancing through the season’s 100 ranks, but there are also new rank-up rewards which, for instance, give you two new “Lite Allies” for “unique benefits” like healing or feeding. 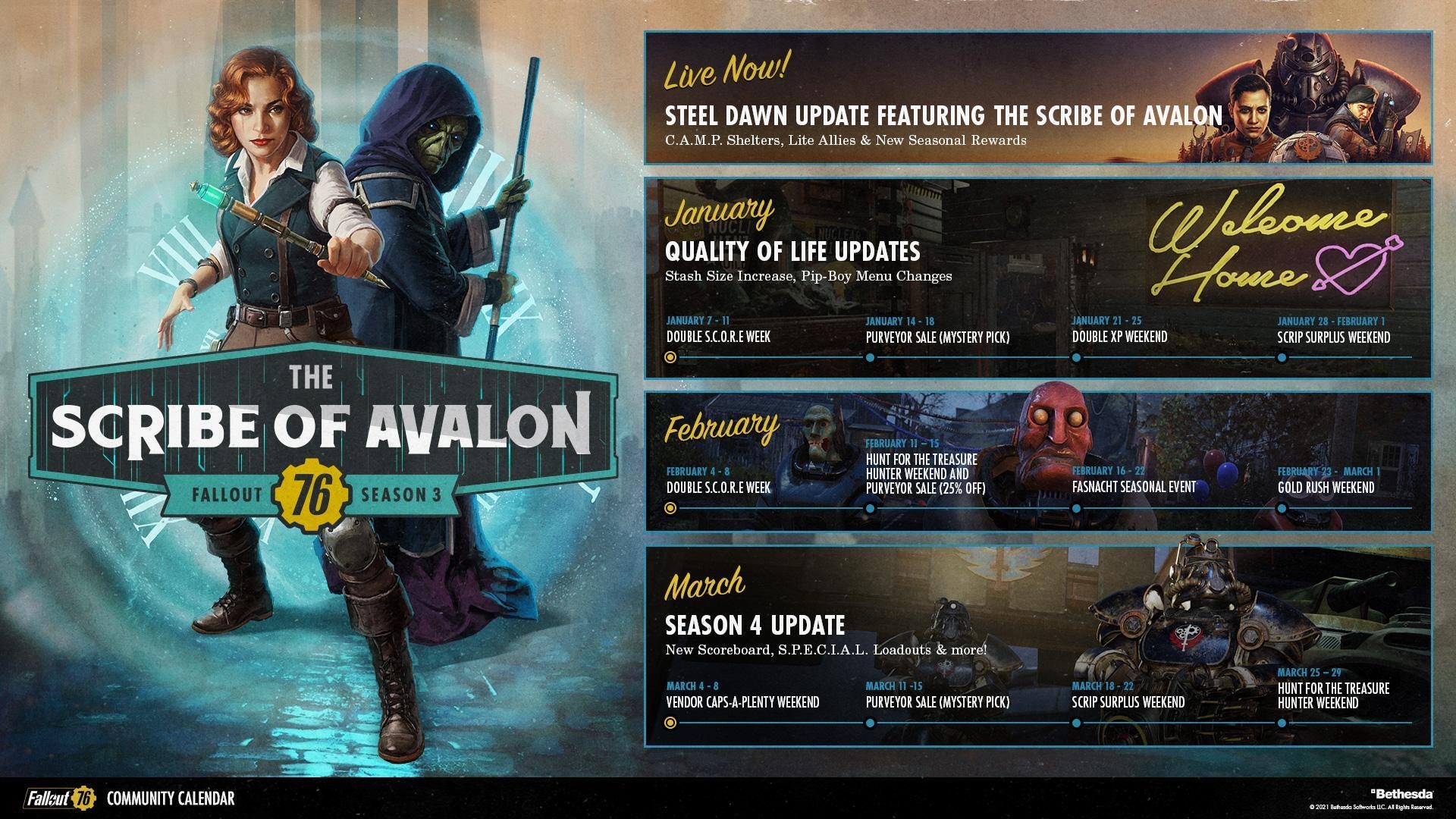 Looking ahead, there are a few quality-of-life updates arriving in January, including a Stash size increase of 50% and three new Pip-Boy menu tabs: “New,” “Armour,” and “Food/Drink.” January also kicks off a double S.C.O.R.E week running from the 5th to the 11th, followed by a “Hunt for the Treasure Hunter” weekend from the 14th to the 17th, a double XP weekend from the 21st to the 25th, and a scrap surplus weekend from the 28th to the 1st of February. Another double S.C.O.R.E week kicks off February from the 2nd to the 8th, followed by the Fasnacht seasonal event from the 9th to the 22nd, a Purveyor Sale from the 9th to the 15th, and a bonus challenge week from February 23rd to March 1st. This community calendar gives us a good outline of early 2021, and March also brings a few events and sales.

First, though, is Season 3, which is live now, followed by those quality-of-life updates in January.