A short trip for a mediocre shooter.

The Bit.Trip series follows the exploits of Commander Video and was popularized by Bit.Trip Runner, even though that wasn’t actually the first game in the series. With each game generally taking on a different genre, BIT.TRIP FATE (all caps in these recent releases) presents as a shoot-’em-up, with psychedelic color patterns, electronic music, and some unique gameplay trappings. A short runtime, absent online leaderboards, and lack of variety make this one hard to recommend to anyone but Bit.Trip enthusiasts.

The main story mode, and I use the word “story” very loosely, plays out over six stages, each ending with a boss fight. The boss fights are the most challenging aspect of this mode, but also the most satisfying. Each stage scrolls slowly from left to right, and players can move Commander Video back and forth along a wavey line that acts like a track. While this restricted movement is unique, especially in the way that you zip faster down and up steep slopes in the line, the impediment to movement in the game is a net negative. The stages themselves are long, or at least scroll slowly enough to give that impression, and the number and threat level of the basic enemies increase as you make your way through the game. You may be seeing a lot of them, too, since dying to any of the bosses brings you right back to the beginning of a level. 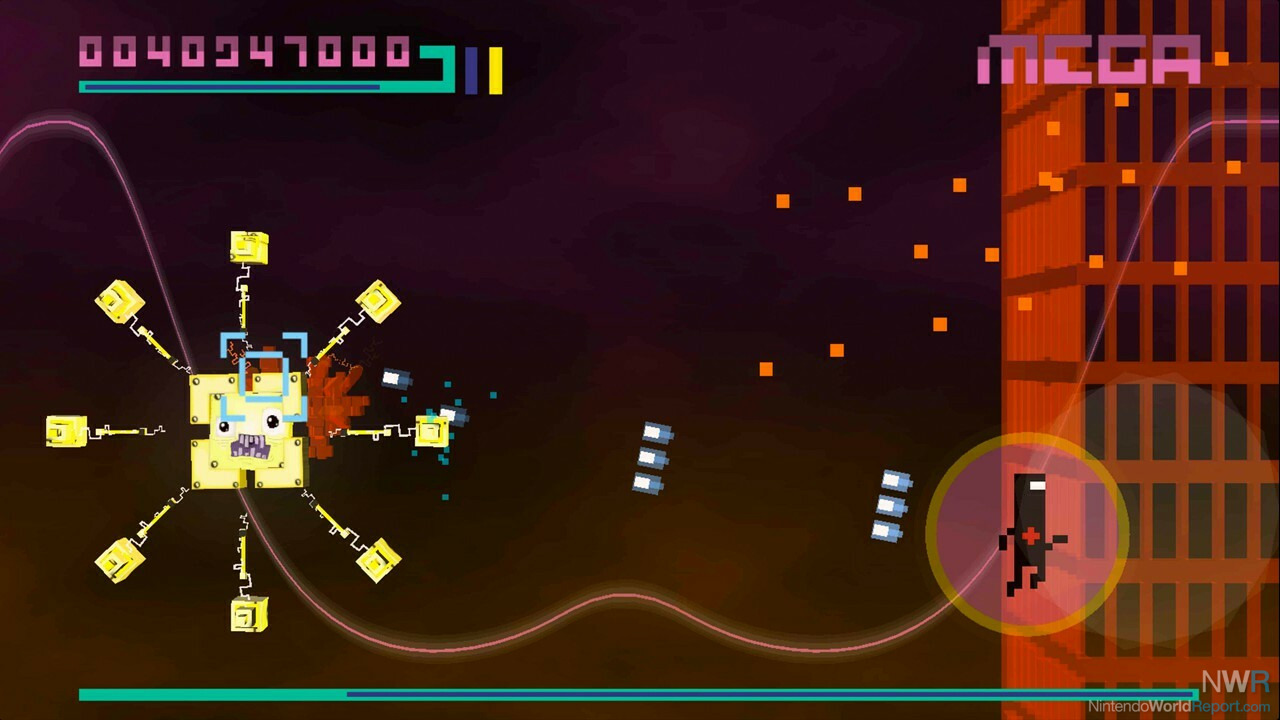 Defeated enemies leave behind a giant “plus” symbol that drops or floats up to the track for you to collect before it disappears, and each one you pick up adds to your score and also fills a meter at the top of the screen that improves your fire power once the meter is full. You can gain multiple upgrades in this way, but you’ll be knocked down one step if you take a hit. The way that the upgrades serve as a type of life meter is definitely an interesting shoot-’em-up mechanic. Another one is that periodically you’ll come across a rotating power-up that bestows a temporary ally, who rotates around you and protects you from enemy bullets while also altering your own bullets depending on the ally. Meat Boy (yes, that one) reduces the number of bullets you fire by making each one huge and super strong; CommandgirlVideo turns your bullets into more of a spread fire, and if you’ve powered-up your basic shots enough, her upgrade will actually shoot bullets all over the screen. Unfortunately, I never had one of the allies for any of the boss fights, and the stages are easy enough without them, but three difficulty modes let you up the challenge to your preference.

I found the presentation a bit of a mixed bag; the visuals were vibrant and made it easy to see enemy bullets, even if it wasn’t entirely clear if an object was destructible or just part of the background. It would have been nice to see more of a visual tell from the bosses in terms of whether they were being damaged, but a life meter at the bottom of the screen helps with that. The electronic beeps and boops of the soundtrack, on the other hand, may be a staple of the Bit.Trip series, but I found them grating and irritating. They reminded me of the sound effects from an Atari game. I prefer my vertical and horizontal shooters with a more upbeat and triumphant score, but Fate offers something slower that didn’t really work for me. 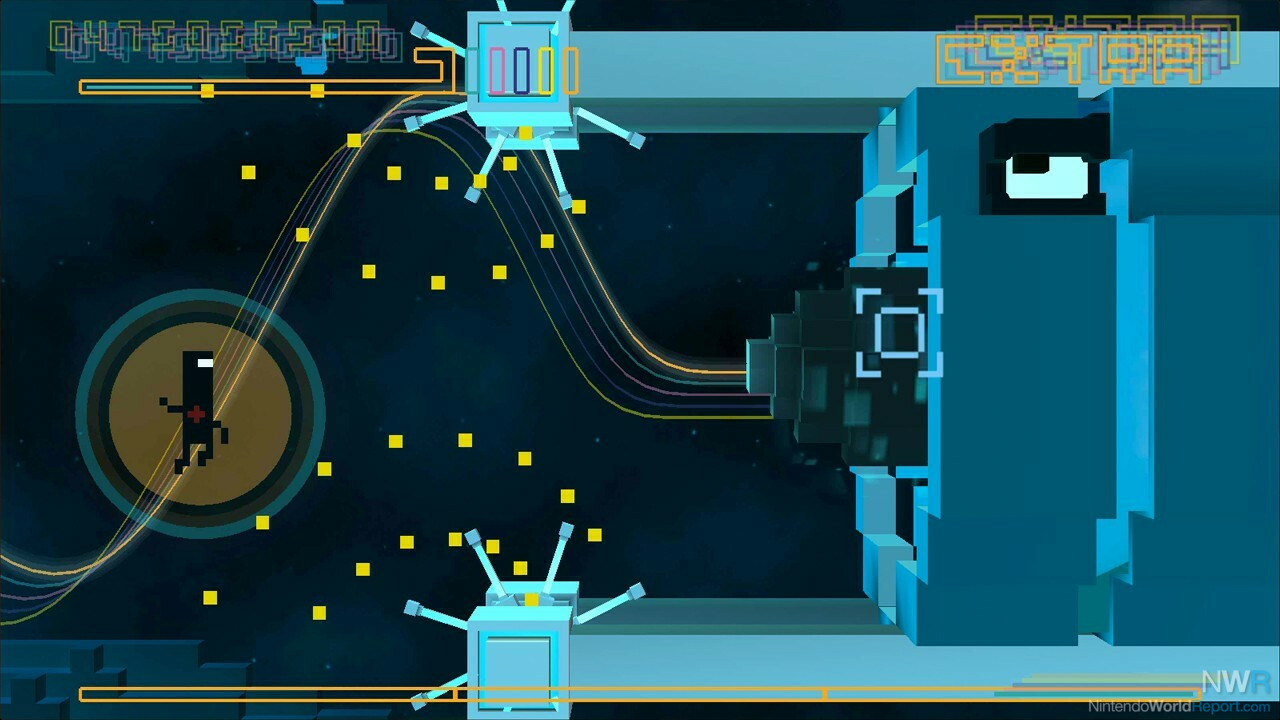 Even though the game includes 20 tough-as-nails challenge stages, which all over the same objective of destroying all enemies and not getting hit once, the amount of value for Bit.Trip Fate as a standalone title isn’t high. The gameplay does have a few neat tricks in it and the simple twin-stick controls work well enough, but ultimately Fate fails as a decent shoot-’em-up, and it’s going to be fans of the Bit.Trip aesthetic that will get the most enjoyment out of this one. If you’ve never gone on a Bit.Trip, don’t start with this one. But if you’ve enjoyed some of the other entries in the series, maybe you’ll want to tempt Fate more than I did.