A new display for a new generation

In planning our Xbox Series X launch coverage, we knew we wanted the experience of jumping into the next generation to be special. To that end, we reached out to Philips, who dropped the shiny new Momentum gaming monitors earlier this year — two new displays optimised for console gaming, the larger of which is apparently the biggest of its kind on the market. Thankfully, they were kind enough to let us borrow one of these flagship 55″ models on which to do a lot of our Series X testing and coverage. And this thing is ridiculous. 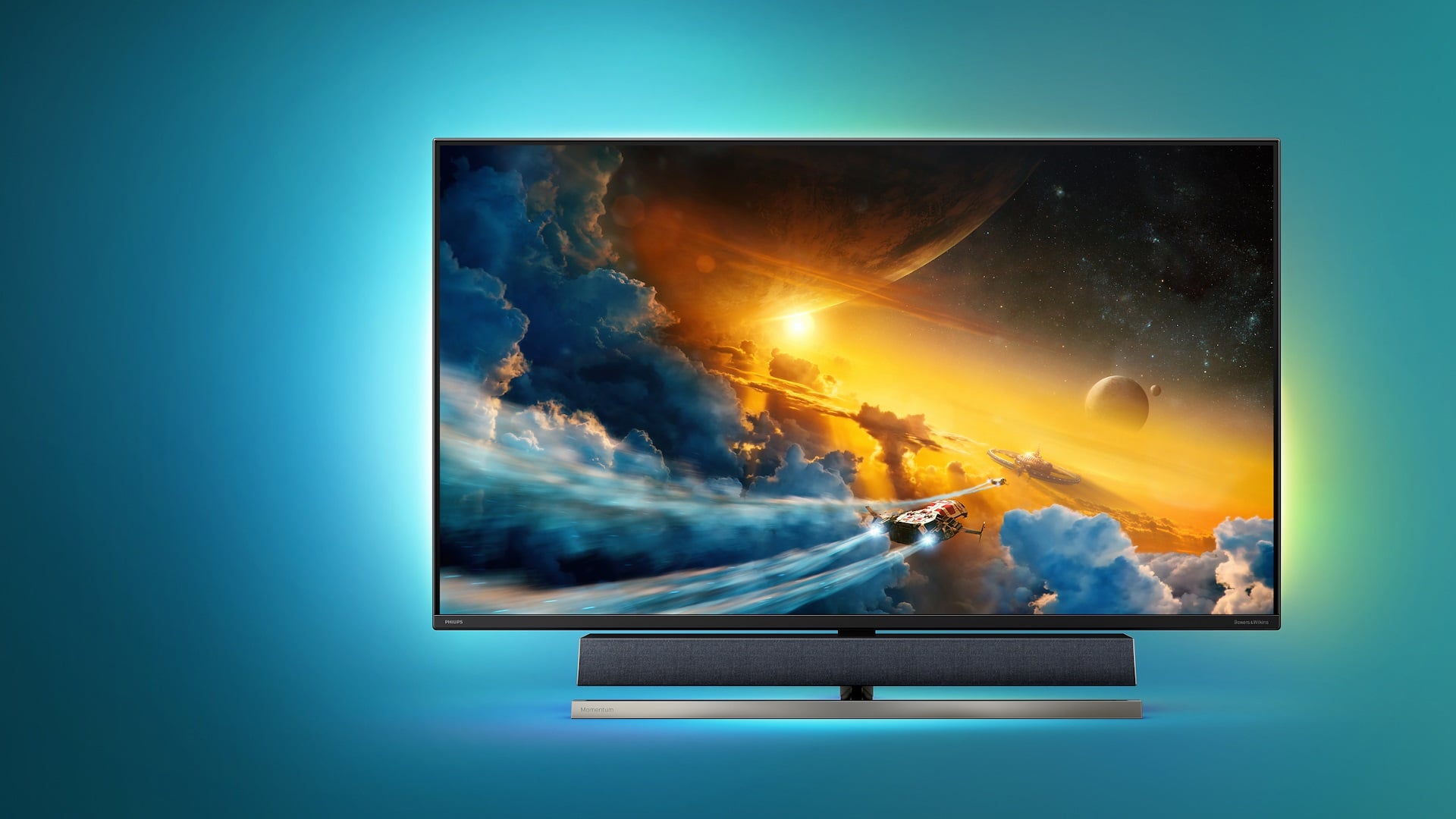 Taking delivery of the monster monitor was very much a two-person job, purely due to the size of the thing and the fact that a few aspects of its design make it tricky to handle. It’s not particularly heavy — a CRT of equivalent size would require a crane — but the underslung soundbar makes it difficult to get purchase on the central area of the monitor’s base, hence a second pair of hands being all but required to instead handle the beast from both sides. Once it’s in position (or close enough), it’s easy enough to make minor adjustments solo, so this won’t be an issue outside of initial installation, or any major relocation down the line. Its slim frame means it takes up less space than you might expect from its enormous panel, and the extremely narrow border mean that almost all of the front is pure screen, which helps the Ambiglow lights on the sides and top really sell the illusion of an even larger image if there’s wall space behind the monitor. Ambiglow itself can be adjusted to be general lighting, to mimic the display’s colours, or turned off completely… having it follow the screen’s colours can really add to the experience in slower media, although the brief delay while the lights catch up with the display makes it a little messy when used with fast-moving content. It’s easy enough to switch up on the fly, though, so you can just toggle it as you see fit. It’s certainly a neat effect when it does work well.

It took a little while to get everything set up and calibrated properly, but that’s always the case with a new display, and it’s worth putting in the work during initial setup to make everything look it best. It’s a one-time thing, after all, and you can always make minor tweaks later if certain games don’t quite look right, which can sometimes be the case with varying standards of HDR implementation. The best — games like Gears 5 and Ori and the Will of the Wisps, which let you fully customise HDR options in-game — look downright incredible on this monitor, it has to be said. The contrast between the deep blacks and vibrant colour is absolutely sensational, and the intro sequence to Gears 5 shows off the full spectrum in minutes. After proper calibration, even the auto-HDR feature used on older games on Series X|S can produce incredible results, and the image quality on this monitor in general is among the best we’ve ever seen. 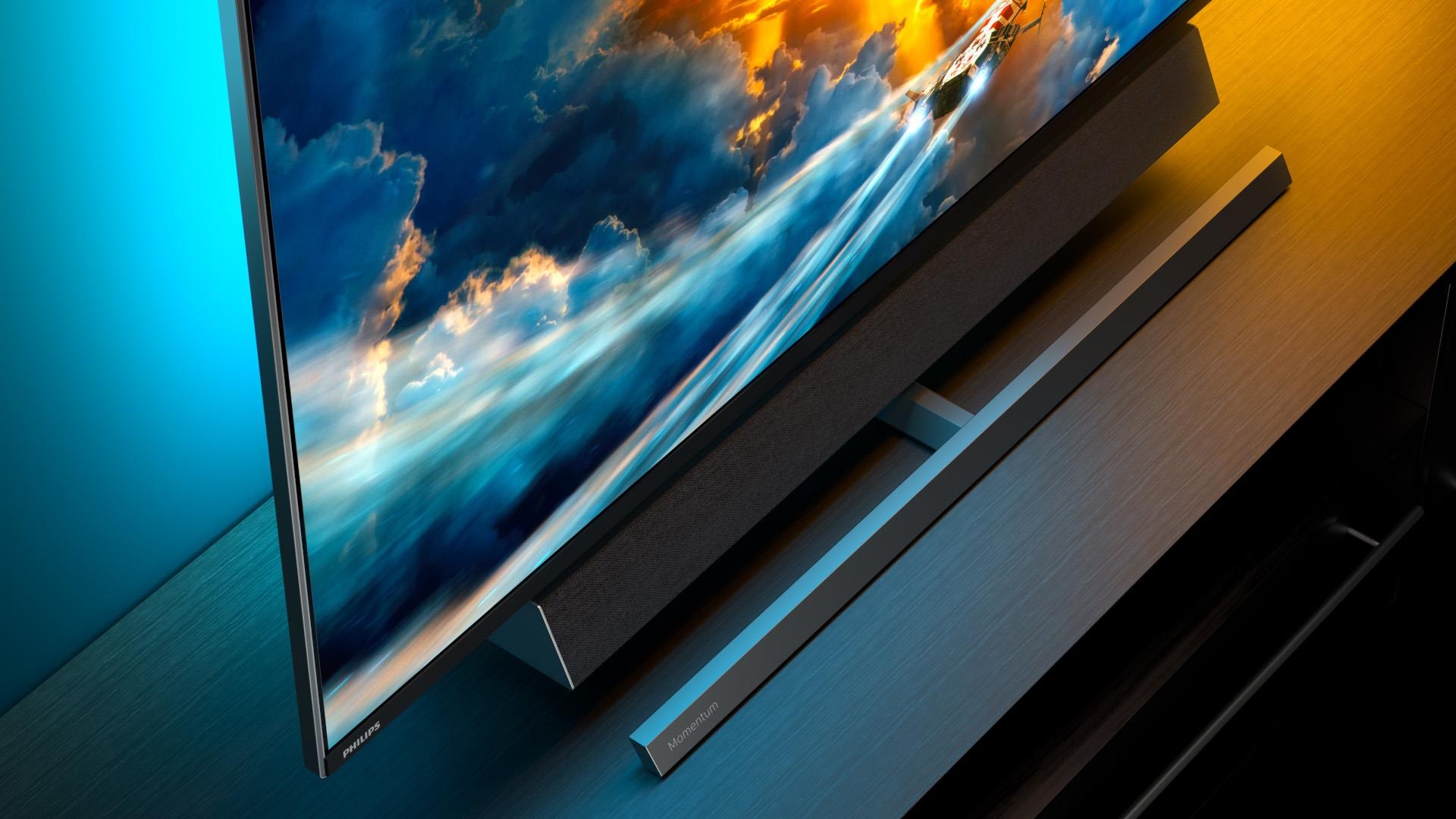 As for audio, most slimline TVs don’t have room for a decent set of speakers and you’d usually be advised to sort some kind of external solution to avoid audio quality that doesn’t do the picture justice. That’s not the case here, though, with the built-in Bowers & Wilkins soundbar putting in work. It’s obviously factored into the price of the monitor, so this might not be ideal for anyone already rocking a solid sound system, but as an all-in-one option, it’s really quite good. The 40W 2.1 channel soundbar pumps out clear, quality audio, even at higher volumes, and can go louder than you’re ever likely to want it, making this a fantastic option if you want an out-of-the-box AV setup that works well without additional cables, devices, or setup.

The one drawback of this particular model right now, however, is that it only has HDMI 2.0 connections, not the new 2.1 standard. The latter is required for 4K output at frame rates higher than 60fps, with 2.1 offering close to three times the bandwidth of 2.0. There’s a DisplayPort connection which will allow for 4K120 output from a PC (the monitor does support 120hz refresh rates), but right now, you won’t be able to get a Series X running games at 4K120 on this thing. Sure, not many games are taking full advantage of that extreme level of fidelity just yet, but if you’re going to drop a lot of money on a new display, you’re probably going to want it to be as future-proof as possible. The good news on that front is that Philips confirmed to us that an upcoming hardware revision will upgrade the HDMI ports to the new 2.1 standard, at which point our one gripe with this monitor will be shut down. If you’re looking to pick one up for Series X gaming at its best — or any new display, for that matter — HDMI 2.1 support is one of the main things you’re going to want to watch out for, so be sure to check the specs thoroughly before dropping any cash.

Otherwise, we absolutely loved our time with this monitor, and it really does the Series X proud even if it can’t quite push to that top-end resolution/frame rate combo just yet — it’s not like there are many games that even support it in any meaningful way right now anyway. As a display designed with gaming in mind, the Momentum has an impressively low response time, even with HDR enabled (HDR modes on other sets can often be guilty of adding significant latency) and everything we’ve played on it has been a smooth and snappy experience. There’s a smaller model too, a 27″ version minus the soundbar and designed for eSports. While we’ve not tested that specifically, the quality of the larger Momentum means we expect it to be just as impressive in terms of image quality, even if not in sheer stature. While some will miss the feature set of a typical smart TV, we found it nice to use a stripped-back monitor that only focuses on doing one thing, and that does it really well — just about any app you might want on a TV is most likely on Xbox anyway, so it was nice to do away with all those superfluous menus and remote buttons. Philips may not be a name that often gets dropped among the likes of LG, Samsung, and Sony when it comes to top-end displays, but the 55″ Momentum makes one hell of a case for that to change.

The Philips Momentum 558M1RY gaming monitor is available now, RRP £1,174. Philips provided a demo unit on loan to be tested.